Incumbents were leading in the three contested Rockbridge County races, with all but one precinct counted in each race as of Wednesday morning.

Incumbent Daniel Lyons appeared to be holding on to his Board of Supervisors seat in Kerrs Creek, with incumbent Jay Lewis doing the same in Walkers Creek, as of 9:15 a.m. Catie Austin-Brown was leading the race for the school board seat in Kerrs Creek.

Two former Rockbridge County teachers, both newcomers, are fighting for the one vacant seat on the school board in Kerrs Creek. Morgan McCown and Austin-Brown both ran campaigns centered on mental health and career and technical education (CTE). 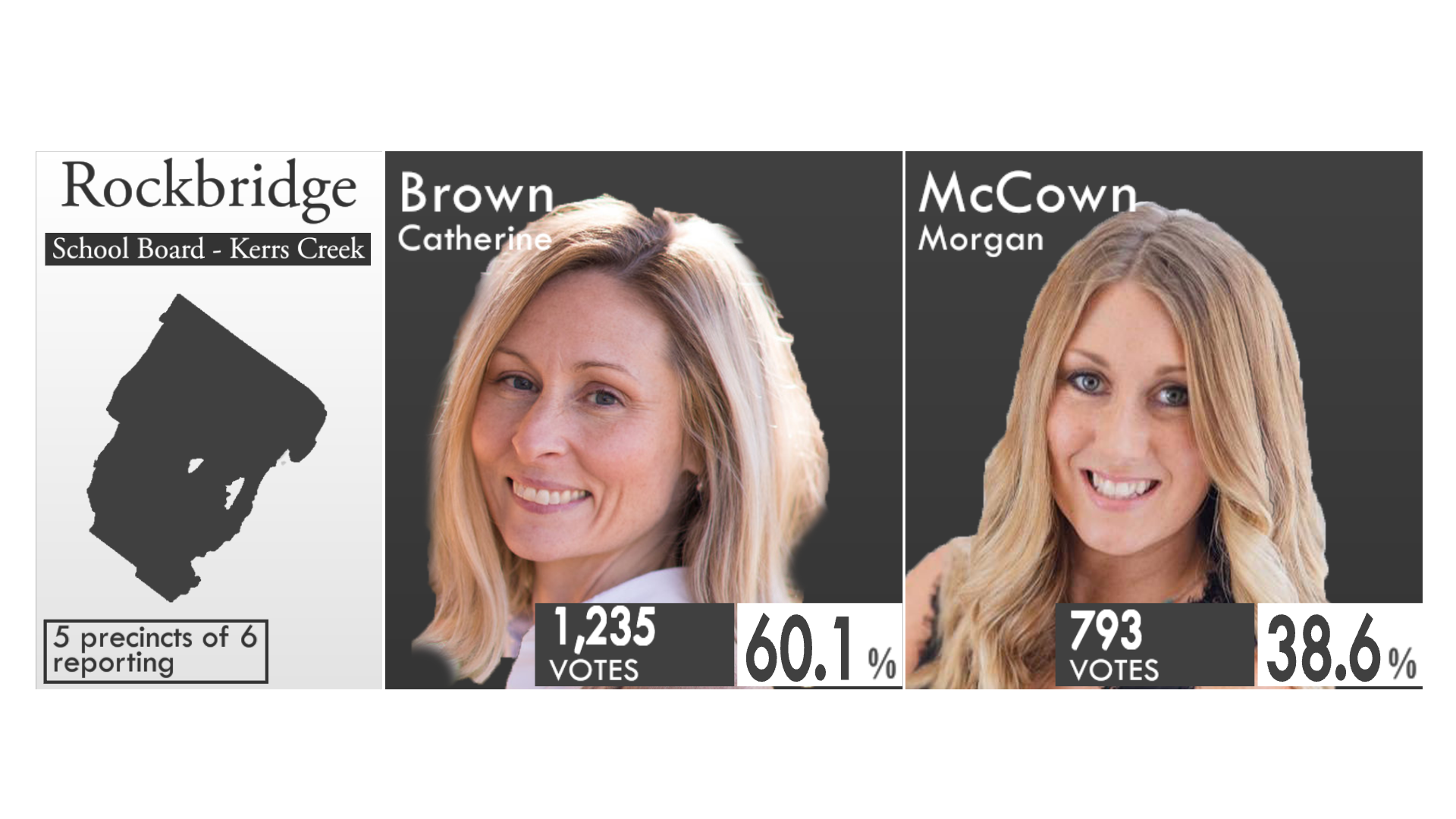 But with five of six precincts reporting, Austin-Brown has received just over 60 percent of the vote.

In the Kerrs Creek Board of Supervisors race, Lyons and Scott Guise, a local shooting range business owner, both focused on economic development in their campaigns. With five of six precincts counted, Lyons led with just over 56 percent of the vote. Guise had 43.3 percent. 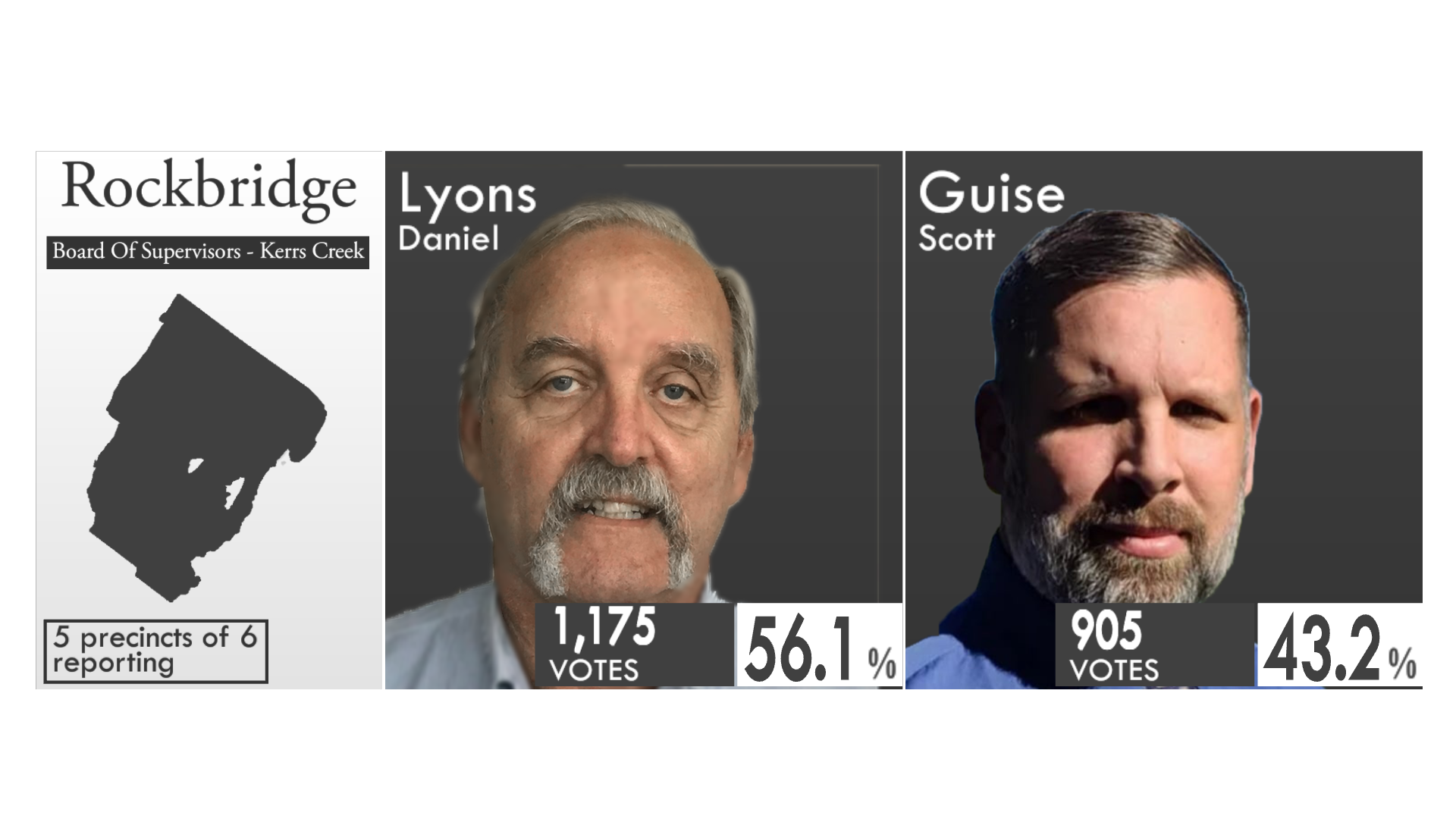 In Walkers Creek, Lewis appeared to be holding onto his Board of Supervisors seat with 59.8 percent of the vote, according to the six out of seven precincts with reported results. Lex LaMotte, Lewis’ newcomer opponent who owns and runs two local businesses related to industrial water treatment, had 38.8 percent of the vote 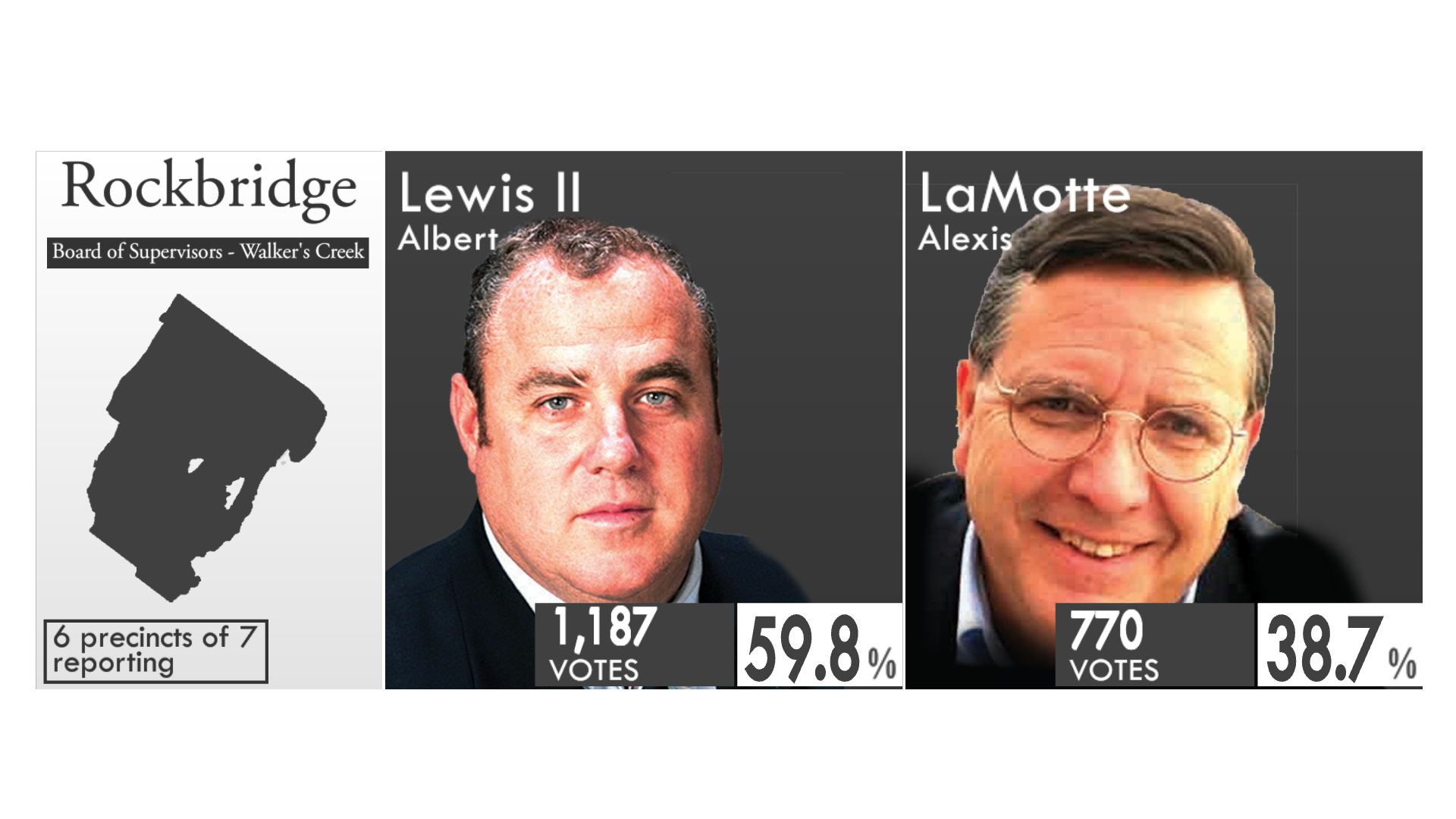