Donelle DeWitt, a Rockbridge County resident and business owner, had spotty access—sometimes only late at night—to the internet from her home on Little House Mountain for years.

That changed last November, when DeWitt, owner of a graphic art and illustration business, benefited from a long-awaited expansion of broadband internet that will affect 2,200 homes and businesses in Rockbridge and Bath counties.

“Doing artwork, you’re uploading and downloading files. The broadband makes it so easy and fast,” she said. 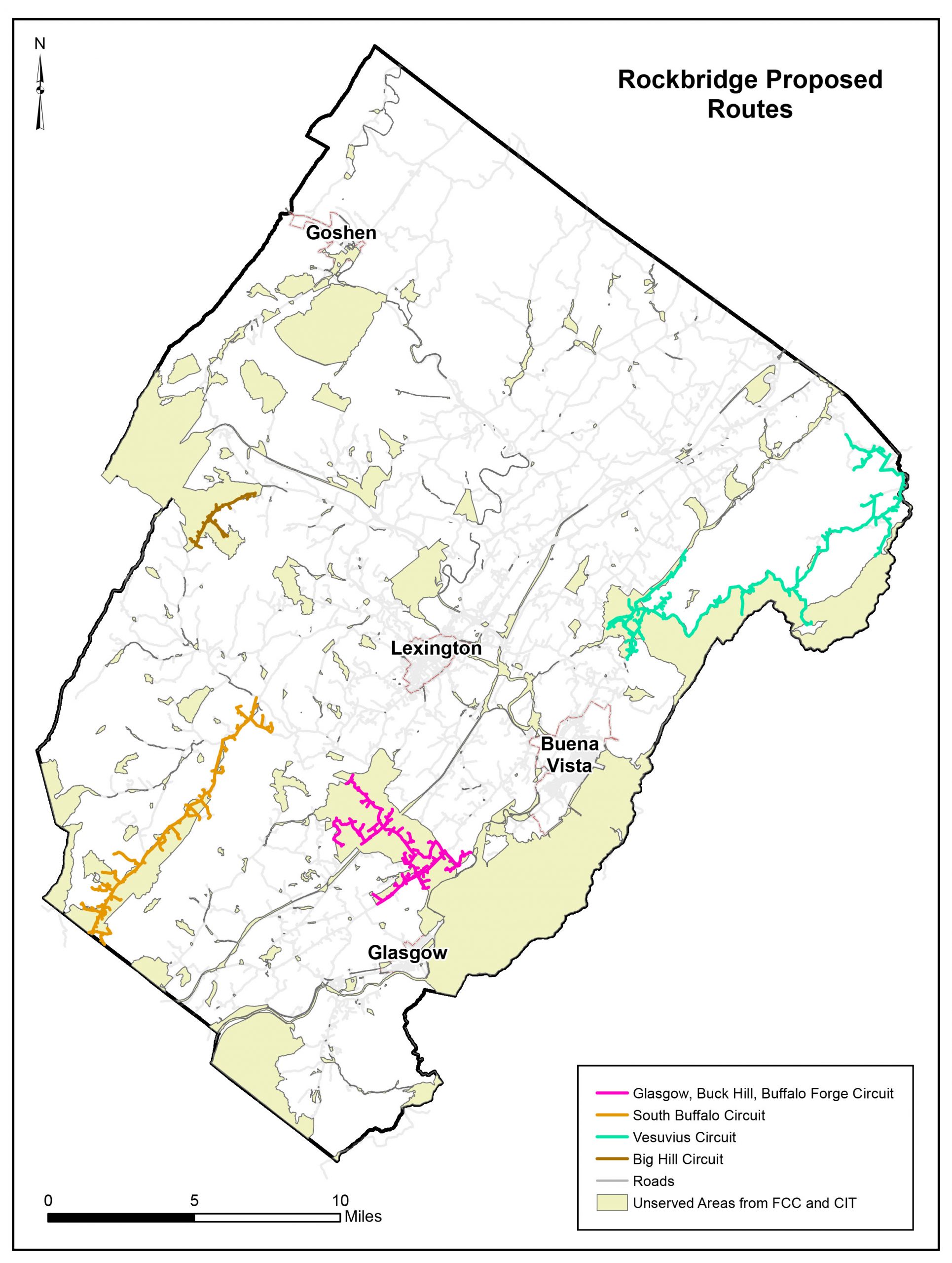 The joint project to get internet to more people involves the Rockbridge and Bath county governments, BARC Electric Cooperative and the Central Shenandoah Planning District Commission. The planning district commission is a group that coordinates government initiatives on behalf of Bath, Rockbridge and several other counties and cities in the region.

Through a joint proposal, the counties obtained $2.2 million in a grant from the state. BARC is kicking in $15 million. Rockbridge and Bath counties are also contributing $4,000 each.

Tish Blackwell, a communications specialist at BARC, said the cooperative is in the process of installing the internet in homes and businesses in the two counties. BARC started the project in 2017 before receiving the grant.

DeWitt had to use a hotspot from her phone before BARC installed internet for her. “It worked ok, but I had to choose my time wisely.”

She could work online at night because the internet speeds from her hotspot were not fast enough during the day.

The grant will help the cooperative first finish getting internet access to people who are consumers of BARC’s electric service and live in more densely populated areas in the two counties. It will then expand into more rural areas, providing internet access.

Blackwell said the cooperative decided the most efficient and cost-effective strategy was to get internet to BARC’s electric consumers first and to then to other people who do not have electricity through BARC in Bath and Rockbridge after that.

“So, what we did as a company, is we started focusing initially only on our electric service territory, but we wanted the most populated portion of that because of the cost involved,” she said.

BARC has not released a definite timetable for the project.

When she moved to Little House Mountain over a year and a half ago, DeWitt said BARC had told her she would get internet in two to three weeks.

A year later, she said she’s happy to have it.

Curious how the city of Lexington and the surround