Five candidates are running for John Higgins’s soon-to-be open seat on the Rockbridge County Board of Supervisors, which represents residents of the Buffalo District.

The Buffalo District has the most candidates in the three elections with five candidates in the running. With Facebook pages, yard signs and door-to-door canvassing, each candidate is making his or her voice heard in the Rockbridge community. 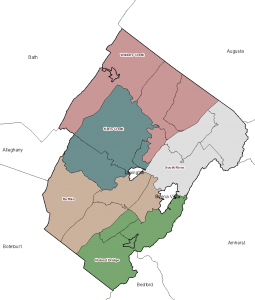 The district covers the territory between Natural Bridge and the City of Lexington. The district had a population of 4,306 in 2010, according to the U.S. Census Bureau.

The board of supervisors are elected positions. They are paid $5,500 per year plus added benefits, according to the county administrator’s office.

Higgins, who is not running for re-election, was indicted by a federal grand jury in August 2018 on four counts of deprivation of rights while he was superintendent of the Rockbridge Regional Jail.  In June, a federal grand jury added two counts of conspiracy to commit mail fraud and 15 counts of mail fraud to Higgins’s indictment, according to the U.S. Department of Justice. His trial is scheduled to start in December.

Higgins, 61, stepped down as superintendent in 2017 after 19 years in the position. He has served on the Board of Supervisors since 2011.

Supervisor races are traditionally nonpartisan, but two candidates this year have the support of political parties. The following information is from interviews conducted by the Rockbridge Report. The election will take place on Tuesday, Nov. 5.

A decade ago, Leslie Ayers, 57, filed a civil lawsuit against the Rockbridge County Board of Supervisors over a zoning issue. Now she’s running to serve on that board. 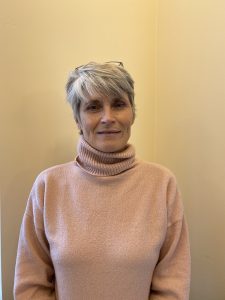 “It has been something that I have thought about for a long time and thought that if the time was right and the situation was right I would,” she said in an interview. “I’m very frustrated that there aren’t any women on the board and there hasn’t been in the past 18 years.”

Ayers, the aquatic director at the Rockbridge Aquatics Center, is running with education in mind.

“Literacy in our schools could have a big impact on kids,” she said. “A good percentage of our third-grade level [kids] don’t need special education, they just missed something early on. So, if we are able to support that child to bring them up to a third-grade level, 80% of those children go on to have normal reading skills.”

The Roanoke native has lived in Rockbridge County for 35 years. She said the environment is one of her other priorities.

“I’m running to try to affect things that I care about. I care about clean water, clean air, good education — those things,” she said.

She said she hopes more “regular people,” like herself, will run for public office more often.

“I want to get involved in a way that could have some impact,” she said. “I really believe that it’s jury duty on steroids and I wish more people would consider doing. It’s really something people should consider doing for bits of their life.”

Ayers is running as a Democrat.

Charlie Kostelni, 56, said he wants to take his business skills and apply them to the board of supervisors. 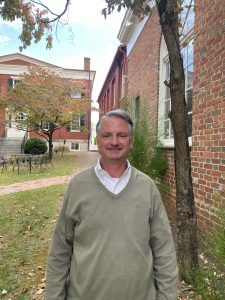 “I think too often in government these days, there’s a lack of accountability in the candidates and the people in the jobs,” he said in an interview. “Because of that, we’ve seen at all levels swampy behavior, even on a local level.”

The CPA and certified examiner works in Roanoke as controller at a forgery, he said. With over 30 years of business experience, he wants the county to make some investments, the first being in education.

“I look at education as an investment, and it’s probably the single most important aspect to our community,” he said. “We need to improve our education system, which is also career readiness of our graduates. The worst thing we can do is graduate students that are not prepared to succeed.”

Kostelni said he believes his experience and abilities are why people should vote for him.

“I bring something that’s very lacking and very needed, and it is a desire to have greater accountability,” he said. “I don’t care whether people are Republican, Democrat, liberal, conservative. I’m running as a Republican because I want people to know what my guiding principles are. I tend toward lower taxes, less government solutions to things.”

As a part of his accountability campaign, Kostelni wants to make sure the county is fiscally responsible.

Mack Smith, 68, served eight years on the Board of Supervisors before John Higgins was elected to the position. 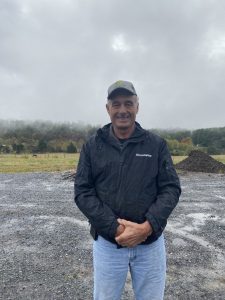 He is running again because he wants to represent the farming community, and he thinks he can do it better than anyone else.

Smith is a fifth generation farmer in Rockbridge County and is president of the Rockbridge County Farm Bureau. He did not run for re-election after his last term because he said he had accomplished his goals and felt comfortable with Higgins taking over, he said.

“John [Higgins] ran the jail and he did farming on the side,” he said, “so I didn’t feel bad about not running again. So he had a knowledge of other government but also farming.”

Smith said he if he’s elected, he wants to maintain the taxation of land based on its use. He said this will help maintain the beauty of Rockbridge County, which he thinks could help the community grow. He also wants to support the county’s ability to attract retirees as residents.

“We think retirement is the way to grow,” he said.

In addition to his previous experience on the board of supervisors, Smith has served nine years on the planning commission.

“My experience is my background,” he said. “I can just sit here and rattle off all kinds of stuff to you that I believe in and what I’m thinking and my feelings on different things.”

Jonathan Tarris, an attorney in the City of Lexington, wants to invest in the future of Rockbridge County. 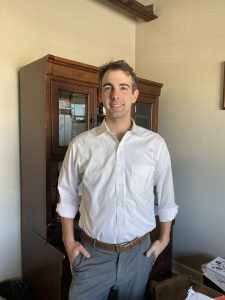 “I understand that the difficulty of it would be tough, but I would love to set up an endowment fund for the County, where a portion — say five or 10% — of tax revenues would go into an investment fund that will grow over time and eventually replace the tax base,” Tarris said.

Tarris, 31, holds an undergraduate degree in economics from West Virginia University and a J.D. from George Mason University.

He’s running because he wants to see more unity in the systems of government.

“As an adult, there seems to be a little bit more distinction between the city and the counties than when I was growing up here,” Tarris said. “I think that’s one of the main issues that our local jurisdiction faces — working together to get the best deal for our local services.”

The county native started his own law firm on Main Street in downtown Lexington several years ago. He has previously worked in Buena Vista as a procurement officer and has also worked as a financial advisor, he said.

In the past, Tarris has served on the City of Lexington’s planning commission. He said he found that to be a very enjoyable and rewarding experience.

Another one of his priorities is child care, which he said he thinks will help people find jobs.

“If we get some better daycare [facilities], that would allow some working mothers to get back to work and fill those jobs and also provide a more solid foundation for some children from more troubled families.”

Randall Trout, 54, has been a land supervisor for 31 years. He moved to the area after he graduated from the College of Agriculture at Virginia Tech University. He is originally from Pennsylvania. 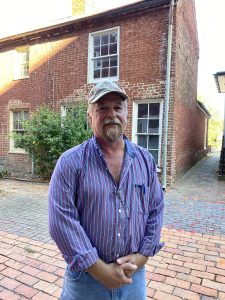 “I think in my line of work, I have my finger on the pulse of the community,” he said. “I work with every demographic out there, and I do a lot of land planning, land development, resource development, economic and fiscal development.”

Trout said his experience and involvement in the community will help him represent the county well. He said he isn’t running with a single priority in mind but has some concerns.

Trout said he is telling people in the community that the county needs to focus on economic interests.  “That’s probably my strongest concern.”

Trout said he’s running because he wants to see the board be more active.

“I don’t like to see a board that is reactive and not proactive,” he said. “I’ve always been a proactive type person, look for the red flags, solve the problems as they come up and look for problems in the future.”

Trout said he wants to work with the city governments and school boards to be more efficient.